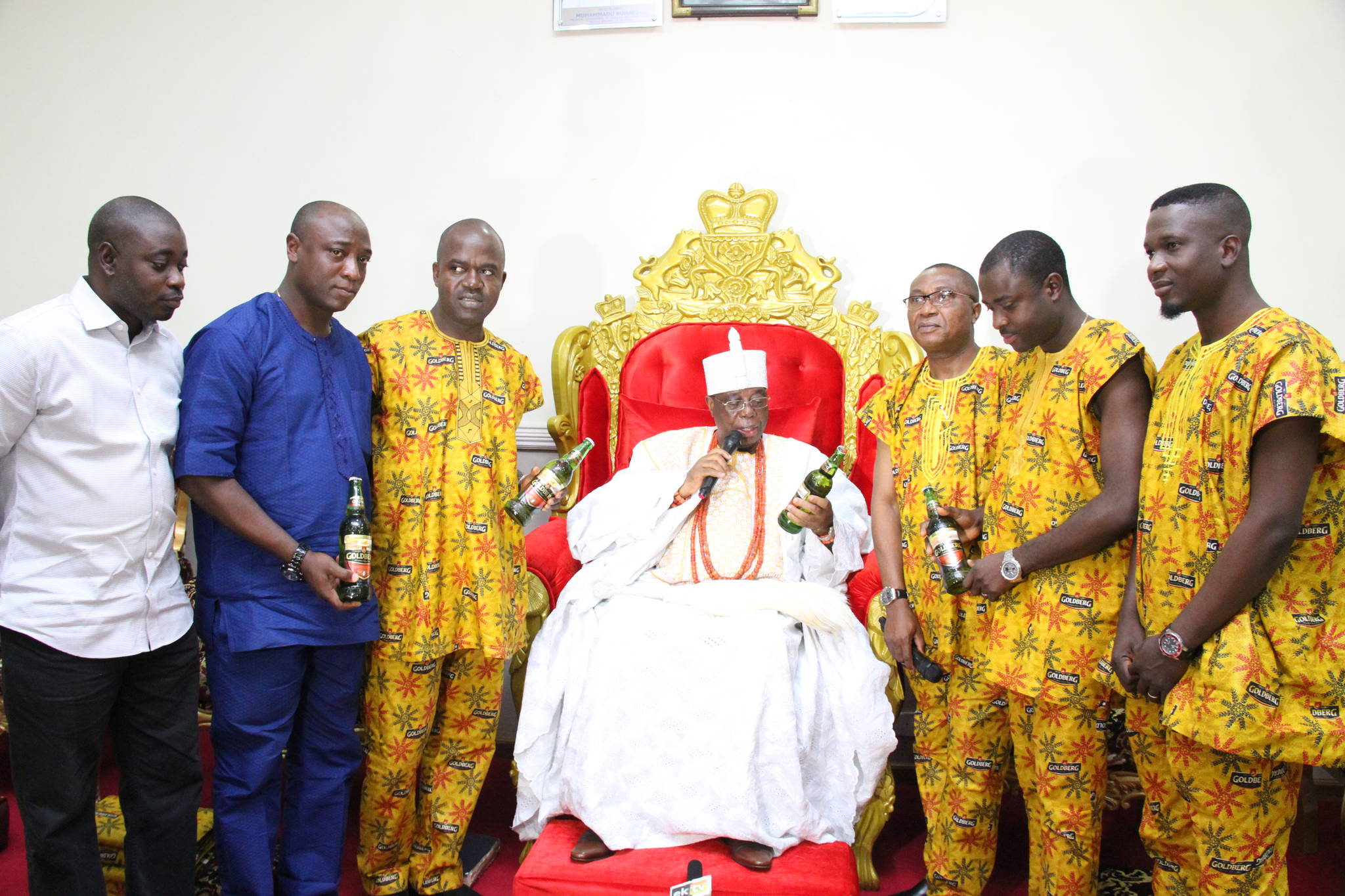 The battle for the 2016 Wura 1 crown of Goldberg Fuji t’o Bam took a more dramatic and entertaining turn in the city of Ado Ekiti, Ekiti State, on Friday July 22, 2016, as six of the twenty semi-finalists, emerged for the final scheduled for Ibadan on July 29, 2016.

The six finalists: Shina Akanni; Saheed Ishola; Temitope Ajanni; Kuteyi Sikiru; Alausa Olalekan and Muftau Alabi, displayed a great deal of creativity, stage craft, vocalization, appearance and originality which has been the criteria for assessing all contestants since the audition stages of the competition.

The night was a gathering of the best of Fuji celebrities and respected Yoruba movie actors like Odunlade Adekola, who acted as compere for the show; SK Sensation leading the judges in company of Adebayo Faleke (aka Kakaki Olodumare) and Baby Barrister who made powerful appearances which gave the guests and fans the best that Fuji music had to offer.

The event started with performances from a troupe of Traditional Ekiti-State dancers who entertained the audience and then Antenna, the winner of the first edition in the Fuji t’o Bam competition ‘watered the ground’ with a scintillating performance ahead of the contestants who later came on stage in succession.

This year’s theme, ‘Let’s Collabo,’ provided a great form of spectacle for the audience as A-List Fuji stars such as Saheed Osupa, Taye Currency and Abolore Adigun (aka 9ice) thrilled the audience by collaborating with some of them on stage. The theme was even more pronounced when the twenty Fuji contestants lined up for the semi-finals also collaborated among themselves in twos after their individual performances, an assessment criterion for the judges in the competition.

The climax of the event was more eventful as all the contestants present expressed enthusiasm amidst tension in anticipation of the results for the night. Saheed Ishola, a Fuji star from Ota, who was the first runner up in the 2015 edition said this after he was announced as one of the finalists: ‘I will never give up on Fuji music and Fuji t’o Bam talent hunt. I am very grateful to Goldberg and Nigerian Breweries for making every effort to bring to the limelight people like me who have a strong passion for Fuji.’ Ishola expressed optimism for the final and revealed that he has a strong conviction of being crowned the Wura 1 of Fuji music in 2016.

Fuji t’o Bam is an indigenous music activation platform of Goldberg, which has in the last three editions led to the discovery of budding Fuji talents. 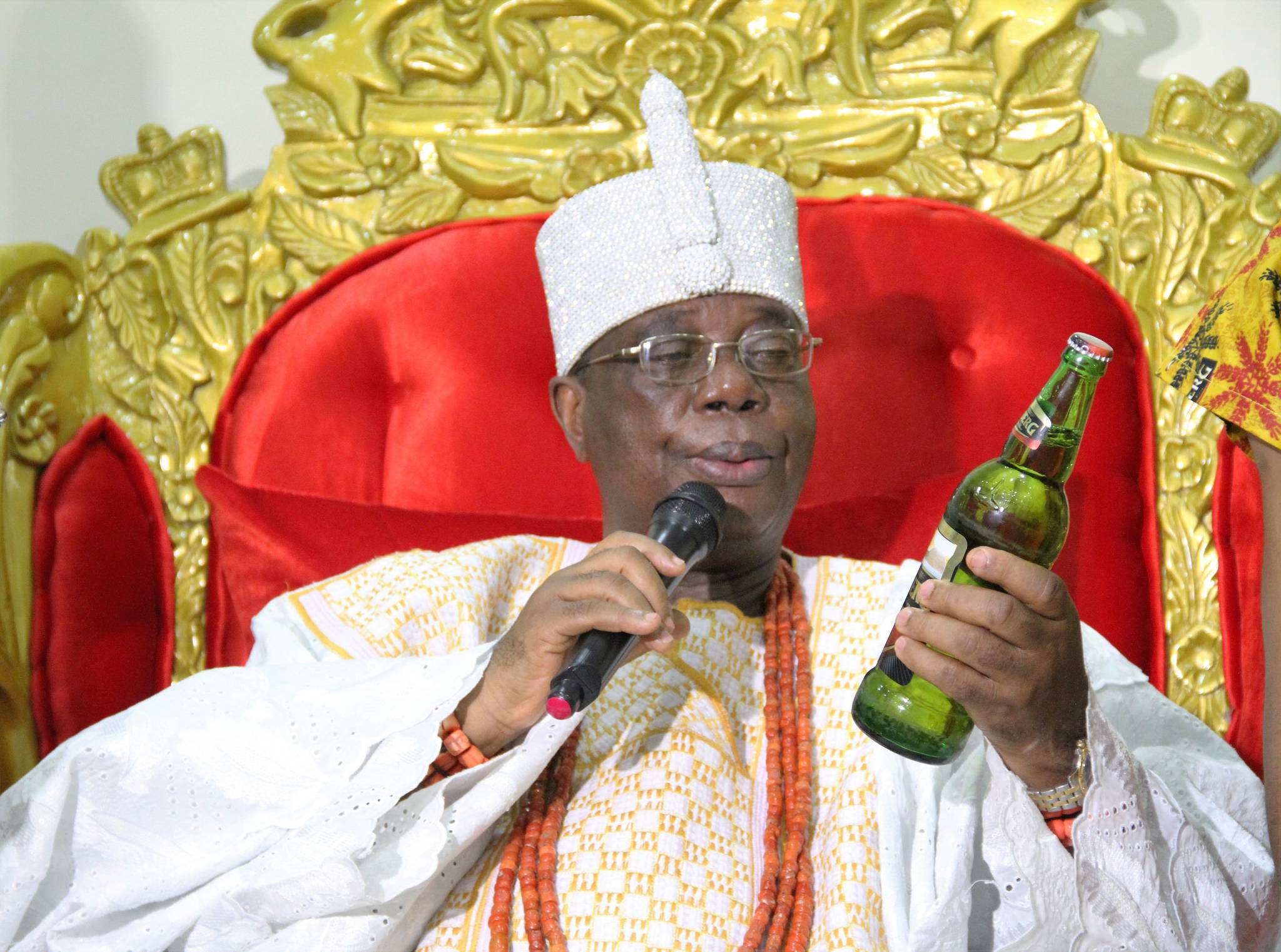 His Royal Majesty, Alayeluwa Oba (Dr.) Rufus Adeyemo Adejugbe Aladesanmi III (CON, JP), the Ewi of Ado-Ekiti, endorsing the Goldberg brand, when the Goldberg team visited him in his Palace before the Fuji t’oBam Semi-final in Ado Ekitrecently.

Meanwhile, the Goldberg team was given warm reception to the city of Ado-Ekiti by His Royal Majesty, Oba (Dr.) Rufus Adeyemo Adejugbe Aladesanmi III (CON, JP), the Ewi of Ado-Ekiti, who threw its gates open to welcome them.

The royal father showered blessings on the team for deeming it fit to bring the biggest and best Fuji Talent Hunt Show to the city. He also commended Nigerian Breweries for their relentless efforts in empowering youths for self actualization.

The Public Affairs Manager, West and Mid-West, Nigerian Breweries Plc, Tayo Adelaja, on behalf of the team and Nigerian Breweries Plc, expressed his heartfelt gratitude and appreciation for the Kabiyesi’s display of affection and hospitality accorded them in the palace. In his words, ‘I am deeply astonished at Kabiyesi’s nature of fatherhood and kind gesture, for even offering us the opportunity to dine with him in his palace.

Funso Ayeni, Senior Brand Manager, Mainstream brands, Nigerian Breweries Plc, who gave the vote of thanks, revealed that Goldberg is a brand that respects the culture and tradition of Yorubas. “The brand is tied to the cultural heritage of Yorubas which is why it is culturally inclined and in tune with their roots,” he stated.